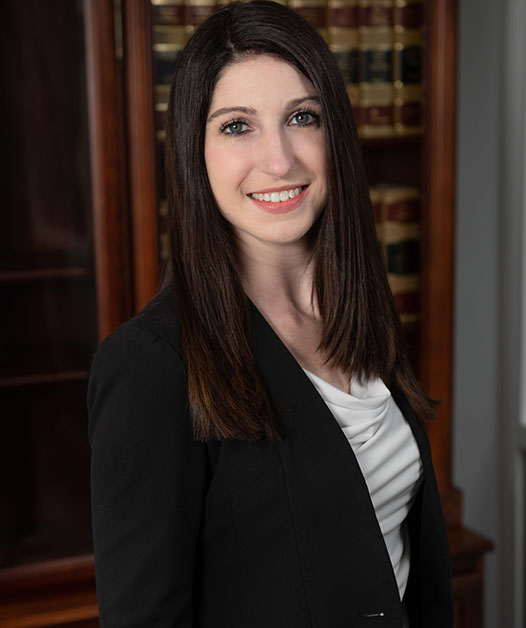 Elise joined Cervizzi & Associates in 2013. She focuses her practice solely on family law, including, but not limited to divorces, custody, child support, paternity, modifications and contempt actions. Elise manages all aspects of her cases and assists others at the firm in the same way. She enjoys being part of a team that advocates for client’s rights and prides herself in being able to effectively communicate with clients in a way each client can understand. Elise is also certified as a Limited Assistance Representation attorney, allowing her to customize the scope of representation to meet the client’s specific needs.

Elise earned her law degree from Massachusetts School of law and her Bachelor of Arts degree in Criminal Justice, with a minor in psychology, from Bridgewater State College. While enrolled in evening classes at Massachusetts School of Law, Elise was employed full time as a legal assistant in the domestic relations group at a Boston Law Firm, where she directly assisted the partner and associate. She also practiced as an associate attorney for the same firm.

Elise has focused on family law for the entirety of her legal career, both before and after being admitted to practice, since 2006.