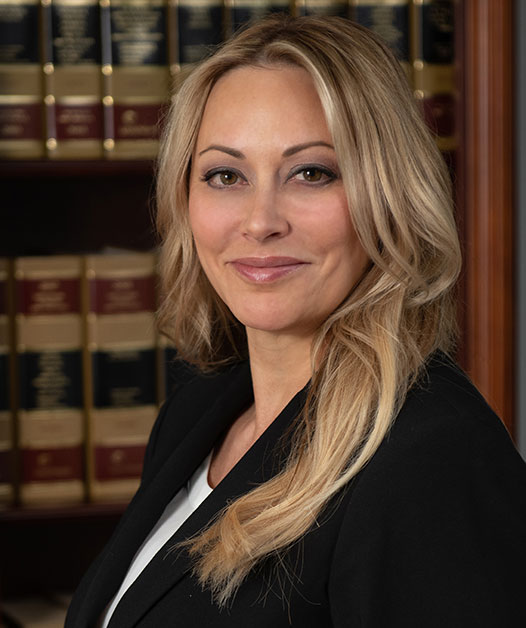 Charlene joined Cervizzi & Associates in 2019 with 20 years of litigation experience in family law and appellate procedure in the Boston area and throughout the Commonwealth of Massachusetts. Charlene has extensive experience in a wide variety of family law issues and has focused her practice in family law since 1999, after she clerked for the Honorable Justice Neil L. Lynch of the Massachusetts Supreme Judicial Court.  Ms. Caldeira also focuses her practice on appellate law and co-authored the 2nd Edition of Appellate Procedure of the Massachusetts Practice Series.  She also taught Family Law as an adjunct professor at New England School of Law and continues to lecture and chair numerous Massachusetts Continuing Legal Education Seminars.

In addition to teaching Family law as an adjunct law professor, she has been a faculty member on Suffolk Law School’s Advanced Legal Studies program entitled “Difficult Issues in Child Custody Cases.” She has served as a lecturer on the BBA’s program entitled “How to Win Removal Cases in Probate & Family Court.” She has also chaired the MCLE seminars entitled “The Child’s Voice”, “Crafting an Effective Parenting Plan” and “Single Justice Practice.” For numerous years, Charlene has chaired the MCLE seminar entitled “Advocating & Drafting under Alimony Reform Legislation.” She has also served on the faculty at the MCLE’s Family Law Trial Advocacy program for numerous years. Charlene is on the Family Law Planning Committee at MCLE.

Charlene has also been appointed as a Guardian ad litem and a Special Master for Discovery by the Probate & Family Court.

She has also made multiple broadcast appearances where she discussed various family law issues including the radio show Mind Your Own Business (February 2011 & October 2012) and Law Line with Attorney B.J. Krintzman (December 2009).